Main Library of the University of Wrocław 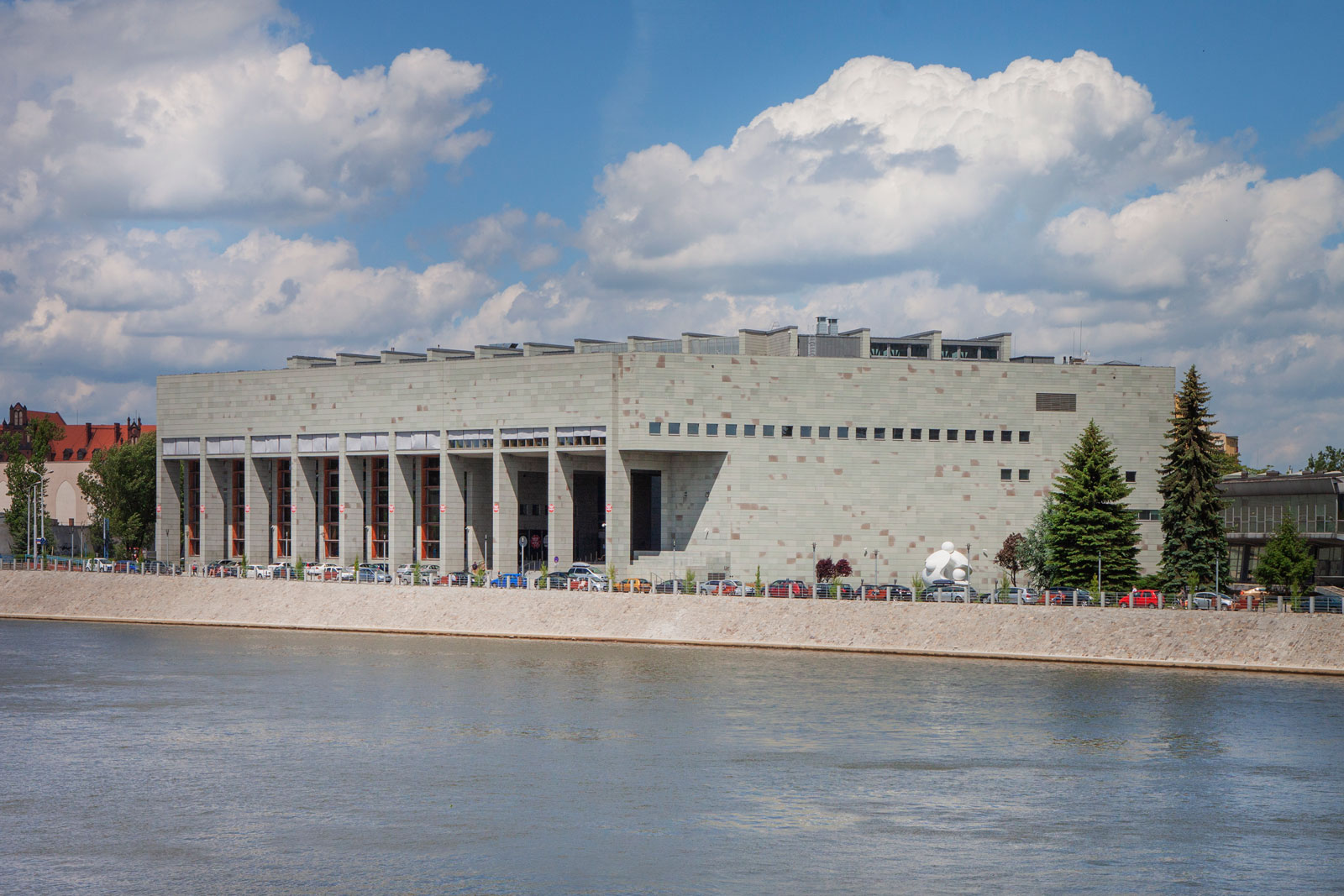 The project concerned the library acoustics for the new building of the Main Library of Wrocław University.

Pracownia Akustyczna Kozłowski designed the selection and placement of loudspeaker devices in selected rooms, along with electroacoustic simulations for the Voice Evacuation System (VAS) installation.

The Voice Evacuation System is a public address system that must provide adequate
intelligibility of speech in the noise generated during an evacuation.

The task of the acoustical designers was to analyze whether the VAS would meet the basic requirements:

Acoustic simulations were performed for those rooms where the library acoustics could pose a problem.

Library acoustics was simulated by computer, first of all in rooms

In the analyzed rooms, originally only highly reflective finishing materials were designed, which are conducive to reverberation noise.
Moreover, in strategic evacuation rooms, high levels of acoustic background can be expected, which deteriorate speech intelligibility.
Among the rooms analyzed were:

high levels of background noise can be expected.

Pracownia Akustyczna Kozlowski recommended modification of the library acoustics by applying acoustic adaptation. In consultation with building designer arch. Jacek Rzyski, the building’s designer, identified such materials that will positively influence the library’s acoustics and the operation of the VAS, while not interfering with the architectural vision.